Here we highlight interesting anecdotes of the participant farmers in our project. 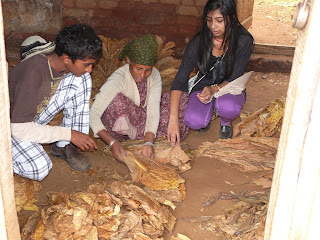 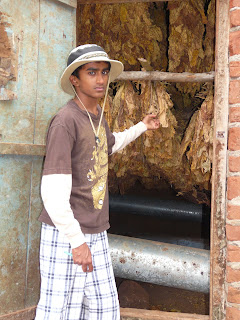 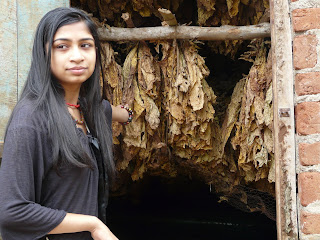 During our stay this summer, we came across many interesting stories, which we'll soon be sharing with you one by one; however, we've concluded that the one we're about to tell you is the most shocking of all. The first time we heard this, we completely ignored it, thinking that the story was a gross exaggeration, or even a fabrication. But wherever we went, this story kept coming up from various sources. We'll narrate this story as one of the villagers. However, we cannot share the name of those involved to protect the confidentiality of the source(s). In rural India, almost all marriages are arranged. It's basically the boys' choice. The process goes something like this. Whenever there is a boy or a girl of marriageable age, it's mainly the parent's responsibility. The parents send words through friends and relatives in search of a groom or bride. Once they come to know there is an eligible match, the girl's side prays that the groom should agree to marry their daughter. Most of the time they aren't worried about what their daughter has to say. In the boy's home, it is a completely different story. This will be one of their choices. They don't even think they will be rejected. It's all up to them. If the boy says yes, the marriage will take place. If they say no, the marriage will not take place. Yet, this ISN'T the shocking part. This is where tobacco comes into play. All the farmers that grow tobacco need a license by the tobacco board to construct a processing barn and sell the processed tobacco. Everyone doesn't get this license, as one must have some economic status. Recently the issue of the tobacco license is very restricted. And the owners of these licenses have a sense of pride because having a license means that they're economically decent. In Hindu culture, most traditional families see if the boy and the girl's horoscopes match. It is very vital that the priest okay's the horoscopes. If the horoscope doesn't match, the relationship has no future (according to tradition). Interestingly, we found out from many SHG Members who have marriageable kids, they have a bigger problem than the horoscope match. The first thing the groom's side people ask is if they possess a....wait for it....tobacco license. We think that gives them a sense of assurance that the girl's parents can perform the wedding and possibly give them a dowry. As tobacco is THE crop all around Hunsur Taluk area, having a tobacco license gives the bride's side a peace of mind that they are in good shape and can be confident that they can find a suitable groom. They say they can sleep well at night knowing that they have a tobacco license. We never looked at tobacco cultivation with respect until this point. We were convinced that tobacco is the cash crop that is giving peace of mind to families who have many girls to be married. Now and then, we ask ourselves this question: if we plan on removing tobacco, what will we be doing to this aspect of the culture? Is the complete removal of tobacco a proper solution? How are we going to change a culture that is so dependent on tobacco? What do we do? We hope as we grow up we will find an answer for this question.

2. The DEED Children are Amazing! 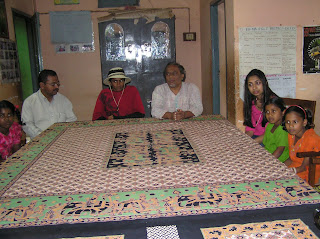 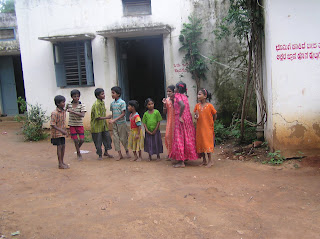 Apoorva and Adarsha with the DEED Children 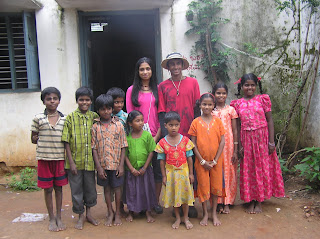 As mentioned earlier, the Project Jatropha team visited DEED, a child labor rehabilitation, residential school. I thought of writing a bit more about our visit. This isn't an orphanage per se. However, some of the children are orphans. The rest from disturbed single parent families. Mr. Srikanth, the director of DEED, is an extraordinary human being. I have never met anybody like him in my entire life. He has dedicated his entire life to helping these unfortunate children. He along with his coworkers go deep into the Nagarahole Forest many times in a year looking for indigenous people. They are mainly honey gatherers. He brings the children of these people to their center. Though the kids have no exposure to formal schooling, they are exceptionally bright. The kids speak their own language and are very happy and lively. They are also amazing singers! We have recorded some of their songs, which We will be posting on Youtube shortly. Just by looking at the shadow of a tree, they can tell the time pretty accurately! We were really surprised. They can identify medicinal plants and their uses. We would love to share a story of a young boy, Chandra*. He was around 3 years old when he arrived at the DEED center. He always carried a knife in his hand. Whenever he saw a tree, he used to make a specific symbol using the knife. He was a very silent child. Within three years, he has learned three languages (English, Hindi, and Kannada), math, and science. Mr. Srikanth predicts he will become a very famous individual because of his extraordinary intelligence. We agree! Now Chandra is attending formal schooling, where he is acing all the subjects, even beyond two grade levels. Who knows how many more Chandras are wandering in the forest waiting to be rescued, so that they can have a real chance at attaining their maximum potential?

*Name has been changed to protect his identity

3. A Unique Experience At The Project Site 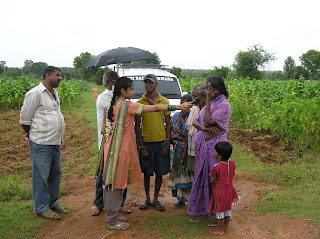 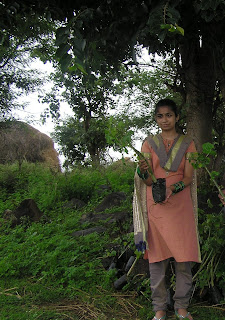 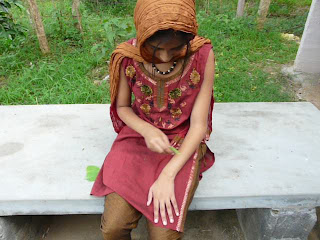 I want to share a very interesting story that happened during my visit to the Kirijaji village in the early weeks of my visit. Mosquitoes are one of the BIGGEST problems i faced. If I remember correctly, during the first week of my visit, there was no rain. The land was dry and it was scorching hot, but the good news was there weren't any mosquitoes. After the first week it started raining cats and dogs! Most of the time I was completely wet and I did try using an umbrella, but the second day it gave up on me. My umbrella was swept away by the harsh winds and got stuck in a Banyan tree! The village kids found it very funny, but soon came to my rescue. They asked me if I needed their help to get the umbrella out of the tree. Honestly, I didn't they could help, considering the oldest one was 8. From that day forward, I said goodbye to my umbrella and started wearing my raincoat. Now coming to the point, with the rainfall came the mosquitoes. I had taken all kinds of inspect repellents used for camping. Trust me they are no match for the mosquitoes of Kirijaji! In two days, I looked like as though I had chicken pox. My mosquito bites were itchy, but painful as well. I tried several oral antihistamines and topical creams. Nothing helped! One of senior SHG members', Padmama, a sweet lady came to my rescue. She suggested that I apply the extract of one of the local herbal plants. I looked at her face with disbelief. I was thinking in my mind, how can this leaf heal my mosquito bite wounds, when the powerful, expensive medicated creams given by my doctor didn't do the job. She showed me how to use the leaves, but the method didn't appeal to me. I refused the first day, but my rashes kept on increasing as the mosquitoes bit me more and more. By the third day, I was desperate to try anything. Padmama was patient enough to tend to my rashes. She patiently took the extract and applied it to my bites. She also showed me another plant that which can act as a mosquito repellant. Within two hours, I couldn't believe my own eyes. My rashes had reduced considerably and the mosquitoes didn't bother me at all! No more new bites! If I had the authority, I would have given Padmama a doctorate degree! I don't know the botanical name of the plant. I was just happy my bites were gone! I wish Adarsha was there with me at that time to do a scientific analysis of the plant. Well, there's always next time! :)